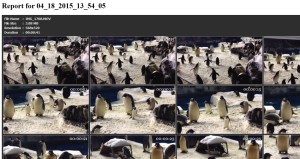 Earlier this week I walked into a friend’s office and he had just finished examining an iPhone using Cellebrite. The good news is that the acquisition went flawlessly. The bad news was that the device contained over 200 videos that he now needed to preview to see if any were relevant to his interests. As phones grow larger and larger (I have my 128GB iPhone sitting next to me as I type this) this is only going to become a bigger issue so I wanted to write a python script to try to help in situations like these.

The Video Preview Utility (for lack of a better name) utilizes the “Video Thumbnails Maker” tool to generate a sheet of evenly space thumbnail preview images for all video files in a directory. It copies all of those images to a subdirectory, creates an HTML file with all of the preview images and generates a log of all videos successfully processed and any videos where an error occurred. It’s a heck of a lot quicker to scroll down a HTML page looking for anything of interest than it is to click around in hundreds of videos.

Step 1 is to download and install Video Thumbnails Maker from http://www.suu-design.com/downloads.html. As I write this it’s the third program from the top on that page.

Step 2 is to add the directory where it installs to into your system’s path. The directory where it installed on my laptop was “C:\Users\Matt\AppData\Local\Video Thumbnails Maker”. Once you add it to your path and restart your machine it should be setup but you can check by opening up a command prompt and typing “VideoThumbnailsMaker.exe”. If the program starts then it’s in your path and our script will be able to find it no matter which directory you run it from.

Step 3 is to start Video Thumbnails Maker (this is the only time we will use it graphically), click on “environment” and deselect the “VTX (Video Thumbnails File)” Box. Leaving it selected wouldn’t hurt anything but it would place VTX files into your videos directory which aren’t needed. 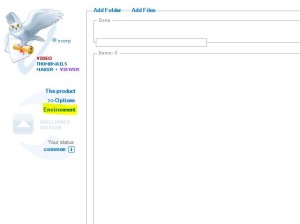 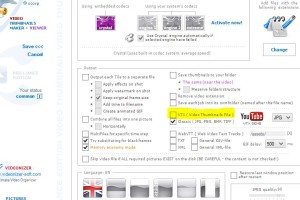 Once these steps are done you should be ready to run the script. Download videoPreviewUtility.py, unzip it, place it into a directory with your video files and run it. It will create a subdirectory with a name of the current date and time. It will then attempt to generate a video preview image for every .mov, .mp4, .avi and .wmv file in the directory. Adding additional file types or extension names should be as easy as adding another OR option on what is currently line number 24. As mentioned earlier, in addition to the preview images themselves it also generates an HTML report with all of the video previews and a log file with all successfully previewed videos and any which weren’t able to be previewed.

I’ll give this script some more testing with different types of dumps next week and will likely tweak it some but I wanted to get it up for anyone to play with. Friends don’t let friends watch 200+ videos!!!