How Long Do Truecrypt AES Keys Remain In Memory?

It’s been a bit since my last post and in that time I’ve been to two SANS conferences, Blackhat and Defcon. It’s been a great but busy few months.

A few weeks ago I was presenting at a local forensics meeting and was asked by an attendee if AES keys from Truecrypt remained in memory when the Truecrypt volume was dismounted. I replied that I was fairly certain they were flushed from memory when the volume was dismounted but that I hadn’t tested it. It’s a fairly simple thing to test so I made a mental note to test it when I had a chance.

Obviously the first memory image didn’t have any Truecrypt AES keys since I hadn’t mounted the volume yet.

In the second memory image I used the Volatility “truecryptmaster” command to locate and display the Truecrypt AES key.

Finally for the big test I examined the third memory image which I acquired right after I dismounted the Truecrypt volume.

It appears as though the Truecrypt AES keys are indeed flushed from memory as soon as the volume is dismounted. I wanted to verify my findings using a different tool so I fired up Bulk Extractor and ran it on all three memory images. As you can see in the screenshot below the Truecrypt AES master key shown in the second Volatility examination is seen in the second memory image but not in the first or the third. 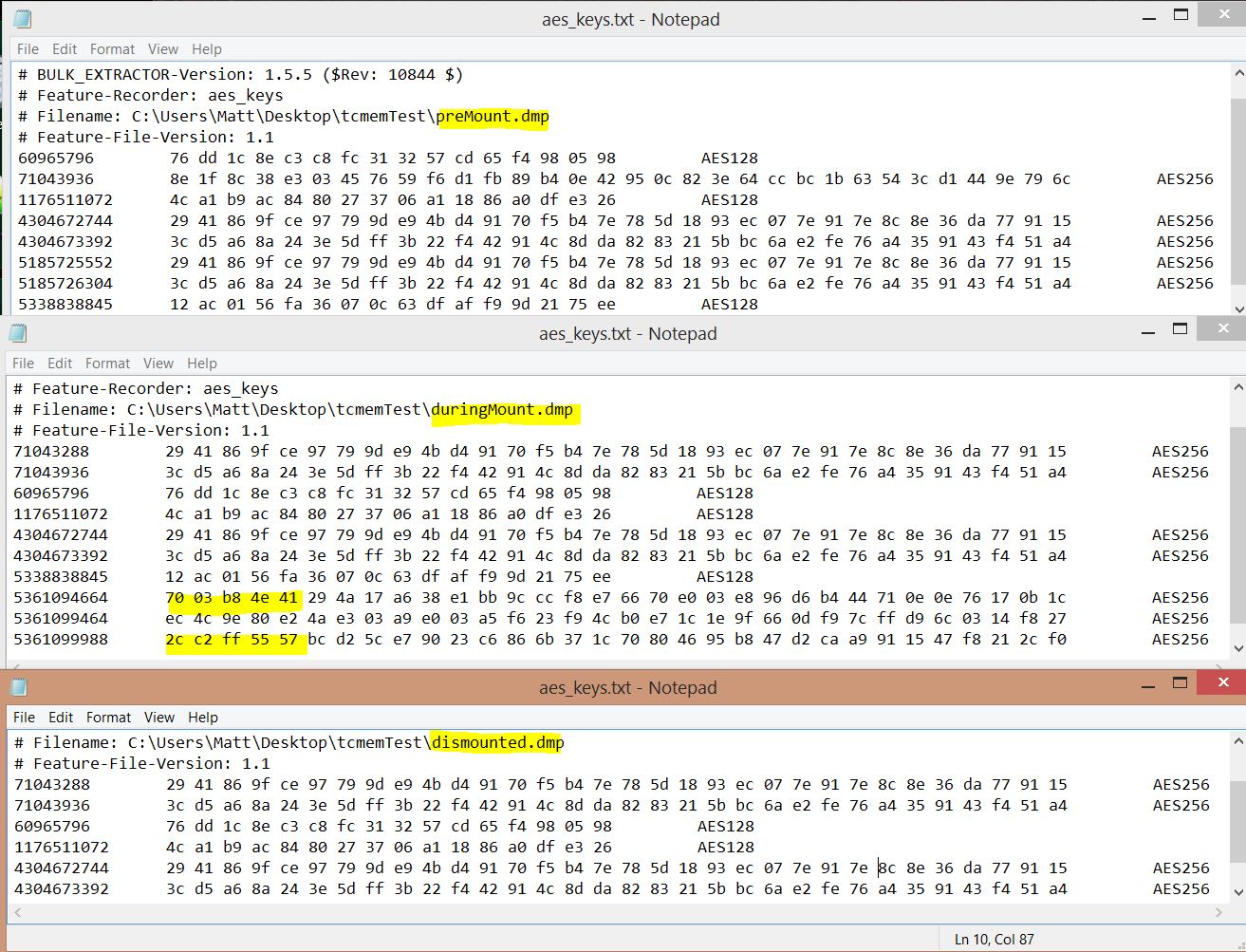 This was a quick and simple experiment to verify what we thought was happening was actually happening.